How WhatsApp scaled to 1 billion users with only 50 engineers

How to quickly learn new programming languages and frameworks. Plus, an dive into HDFS and how it works.

How WhatsApp served 1 billion users with only 50 engineers.

In 2016, WhatsApp reached more than a billion users and had the following load stats

They managed to serve this scale with only 50 engineers.

Here’s a dive into the engineering culture and tech stack that made this possible.

WhatsApp consciously keeps the engineering staff small to only about 50 engineers.

Individual engineering teams are also small, consisting of 1 - 3 engineers and teams are each given a great deal of autonomy.

In terms of servers, WhatsApp prefers to use a smaller number of servers and vertically scale each server to the highest extent possible.

Their goal was previously to have 1 million users for every server (but that’s become more difficult as they’ve added more features to the app and as users are generating more activity on a per-user basis).

Having a fewer number of servers means fewer things breaking down, which makes it easier for the team to handle.

The same goes for the software side where they limit the total number of systems and components in production.

That means fewer systems that have to be developed, deployed and supported.

There aren’t many systems/components that are developed and then put into maintenance mode (to eventually become orphans until something goes wrong).

They avoid over-investing in systems and components.

Instead, they focus on building just enough for scalability, security and reliability.

One of the key factors when they make technical choices is “what is the simplest approach?”

Also, they avoid investing in automation unless it’s completely necessary.

Have a Single Minded Focus on the Mission

It’s dedicated to delivering a core communications app with a great UI.

The simpler product makes it much easier to maintain and scale.

Erlang is the programming language of choice for WhatsApp’s backend systems.

Erlang was designed for concurrency from the start, and fault tolerance is a first class feature of the language.

You can read more about Erlang’s fault tolerance here.

Developer productivity with Erlang is also extremely high. However, it is a functional language, so it takes a little getting used to if you’re not familiar with the paradigm.

The language is very concise and it’s easy to do things with very few lines of code.

The OTP (Open Telecom Platform) is a collection of open source middleware, libraries and tools for Erlang.

WhatsApp tries to avoid dependencies as much as possible, but they do make use of Mnesia, a distributed database that’s part of OTP.

Erlang also brings the ability to hotswap code. You can take new application code and load it into a running application without restarting the application.

This makes the iteration cycle very quick and allows WhatsApp to release quick fixes and have extremely long uptimes for their services.

To see exactly how WhatsApp’s backend is built with Erlang, you can watch this talk from 2018.

FreeBSD is the OS WhatsApp uses for their servers.

The decision to use FreeBSD was made by the founders of WhatsApp, based on their previous experience at Yahoo!

The founders (and a lot of the early team) all used to be part of Yahoo!, where FreeBSD was used extensively.

To see exactly how WhatsApp uses FreeBSD, you can watch this talk.

SoftLayer is the hosting platform that WhatsApp was using in 2016.

However, SoftLayer is owned by IBM (part of IBM public cloud), and WhatsApp has since moved off SoftLayer to use Facebook’s infrastructure.

You can view the full talk on WhatsApp’s engineering here.

Get more specific details from this High Scalability post on WhatsApp Engineering.

How to learn new programming languages and frameworks quickly

This is an interesting discussion on Hacker News for a process to learn new things quickly.

Here are some of the top answers summarized.

Implement a BST Iterator class that represents an iterator over the in-order traversal of a Binary Search Tree.

Given a positive integer i, generate an nxn matrix filled with elements from 1 to i^2 in spiral order. 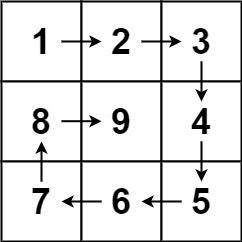 We can solve this question by creating an i x i matrix and then looping through it in a spiral fashion and setting each element to a value from 1 to i^2.

When we iterate through our matrix in spiral order, we’ll do it in the following way

When our loop terminates, we can return the completed matrix. 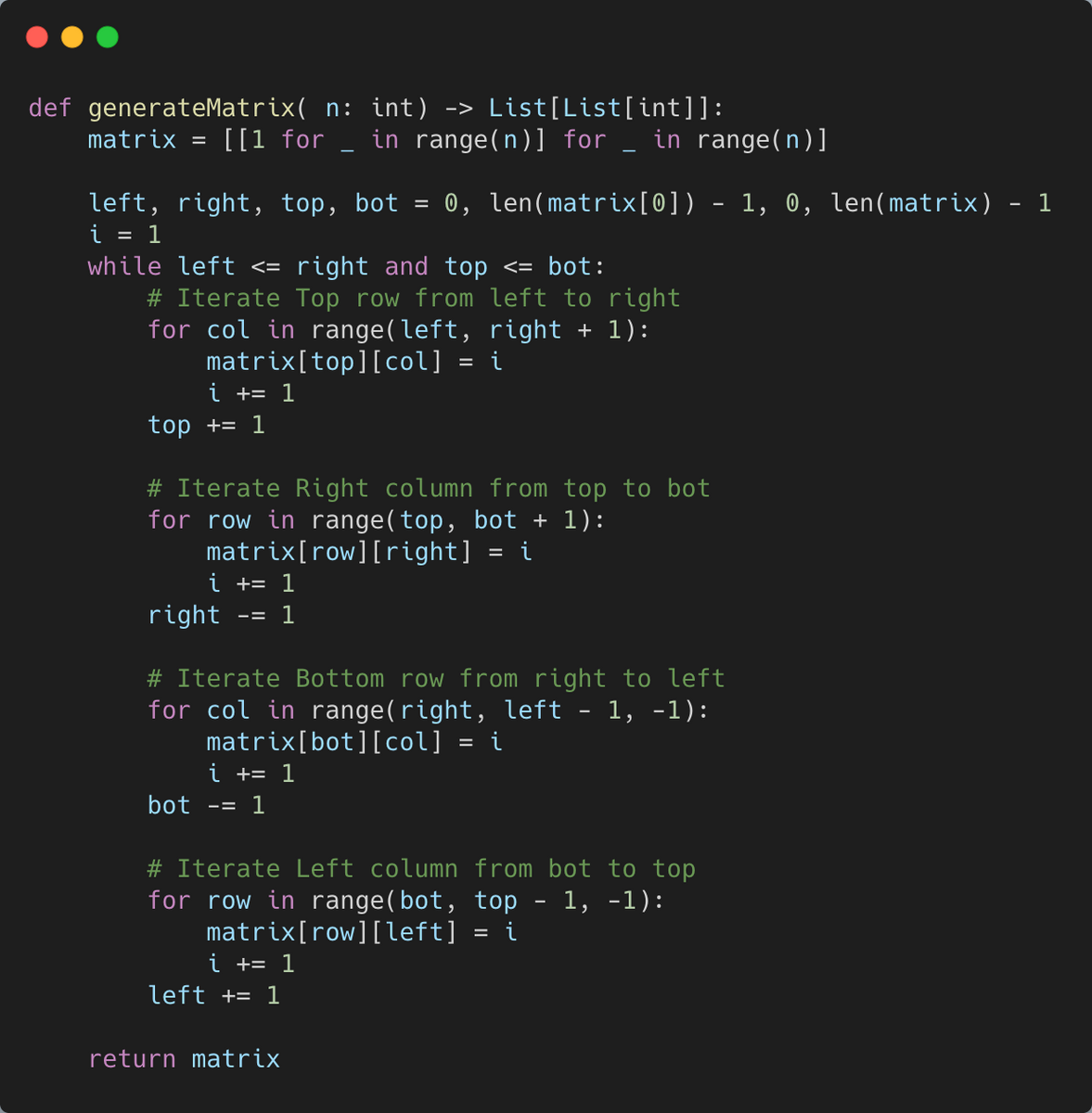