An awesome lecture by Intel delving into Modern CPUs. Plus a great article by Slack on Distributing Tracing. The Venture Capital ecosystem is swelling up and startups are raising a ton of money!

2020 was a big year for technology startups with more than $148 billion dollars being raised by companies. That made 2020 a new record year in terms of venture capital funding. 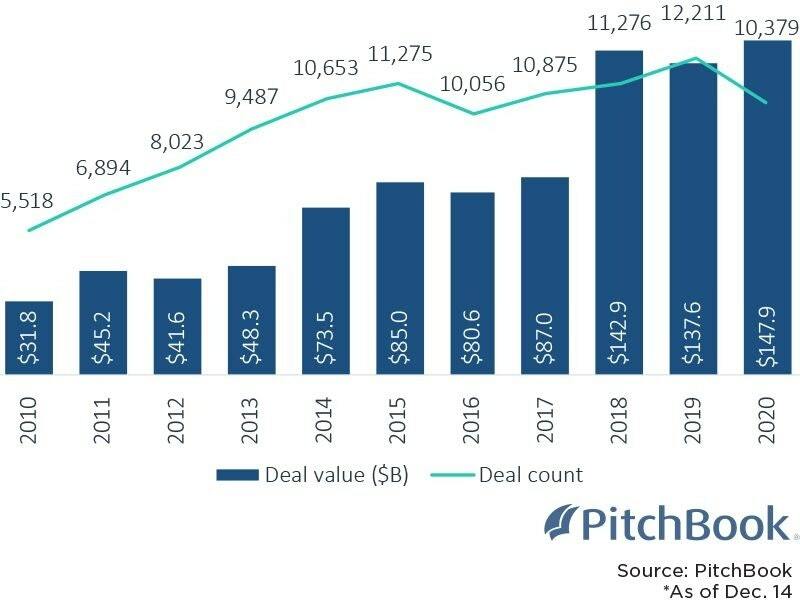 This trend is only speeding up though, with $64 billion dollars of venture capital funding in Q1 of 2021 alone.

Some of the companies that have raised in the first quarter of 2021 include Cruise, Gopuff, Robinhood, Databricks, SpaceX and Stripe.

However, it’s not just the mega-rounds that have been highly lucrative. There’s also been record funding in Series A and Series B deals in the first quarter too.

Money has been pouring into the venture capital space with tons of new early stage startups and websites like AngelList that make it easy for individual investors to pull together syndicates of people who want to invest in startups.

As long as the music is playing, you’ve got to get up and dance.

Want to create a hot new start up? The best way to do that is to take 2 hot trends and combine them. And there’s few better combinations than AI and E-Commerce! Just kidding (or maybe not?).

Klevu was started in 2013 and they use NLP (natural language processing) to help E-commerce merchants deliver more relevant experiences to customers.

Klevu operates as a search bar that can be plugged in to websites built on major e-commerce platforms (like Shopify). Klevu then takes in customer queries (in the search bar) and provides better results based on optimizations they do on interactions on the website and on real-time data they collect on broad consumer trends.

They also have a massive dataset of millions of products from 45 different industries and in 30 different languages. They use this dataset to improve a company’s product catalogue by adding in information that may have been missing from the original catalogue.

You are given an array filled with letters and numbers.

Find the longest subarray with an equal number of letters and numbers.

If there are multiple results, then return the subarray with the lowest starting index.

You are given a math equation that consists of positive integers and +, -, * and / operators (addition, subtraction, multiplication and division).

Write a function that computes the result.

Be sure to follow order of operations (you will not be given parentheses).

First of all, it’s important to remember order of operations.

The underlying data structure necessary to solve this question is a stack.

We’ll iterate through the input string and every time we see a number, we’ll push the number on to our number stack.

Every time we see an operator, then we’ll first check what the priority of our operation is.

If the current top of our operation stack is a multiplication/division operation, then we’ll have to solve the operation at the top of our stack first.

So, we’ll pop the top element off our operation stack and pop off the top 2 elements from our number stack and we’ll calculate the operation.

Then, we’ll push the result to our number stack and continue on processing the input string.

Finally, we should be left with one remaining number in number stack and we can return that as our final answer.