☕ What tech job is the easiest?

A funny discussion on Hacker News about what tech job will let you get away with the least amount of work. Plus, the architecture and tech stack behind a one person tech startup!

Hope you’re all having a fantastic friday!

You are given a math equation that consists of positive integers and +, -, * and / operators (addition, subtraction, multiplication and division).

Write a function that computes the result.

Be sure to follow order of operations (you will not be given parentheses).

You are given a function rand5(), which generates a random number between 0 and 4 inclusive (each number is equally likely to be generated).

Use that function to write a rand7() function, that generates a random number between 0 and 6.

Each of the numbers must have an equal probability of being generated.

This question requires a bit of basic probability theory.

The way we can solve this is by calling the rand5() function twice.

This function will generate a number between 0 and 24 (inclusive) with each number having an equally likely chance of being generated.

This will cause all of the numbers from 0 - 6 to have an equal probability of being selected.

You might be wondering what happens if we keep getting a number above 20 for our root.

Could that lead to infinite recursion?

Python’s default recursion limit is 1000 and the probability of getting 1000 consecutive numbers above 20 is astronomically low.

I tried to calculate it with Google, but it was too low. 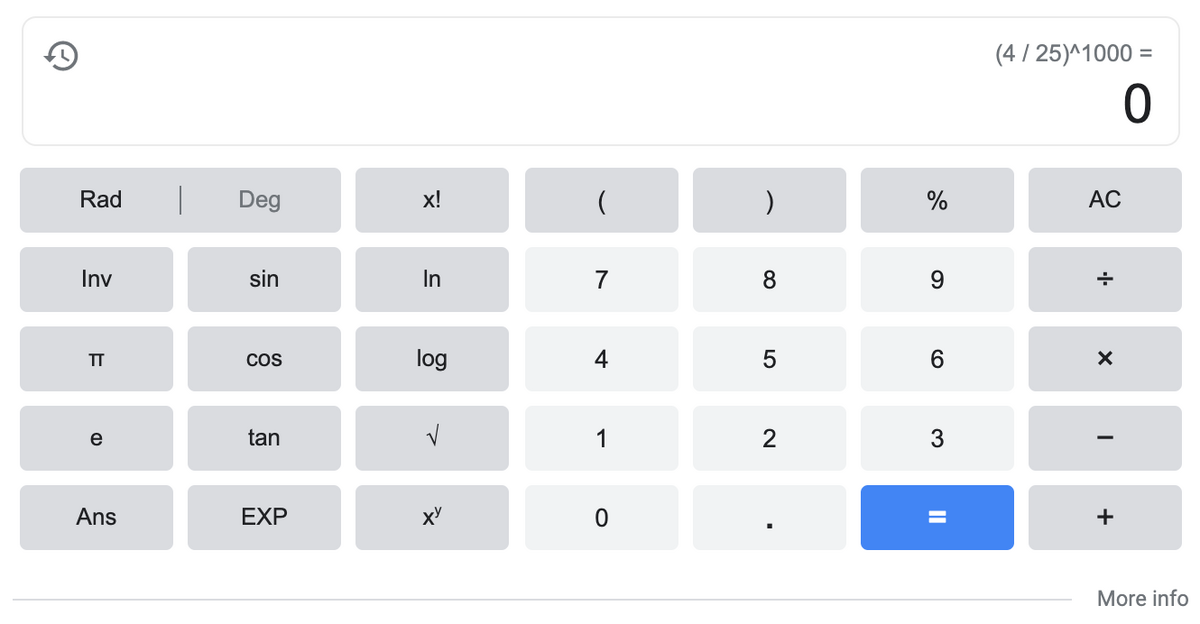 Here’s the probability of getting 100 consecutive numbers above 20. 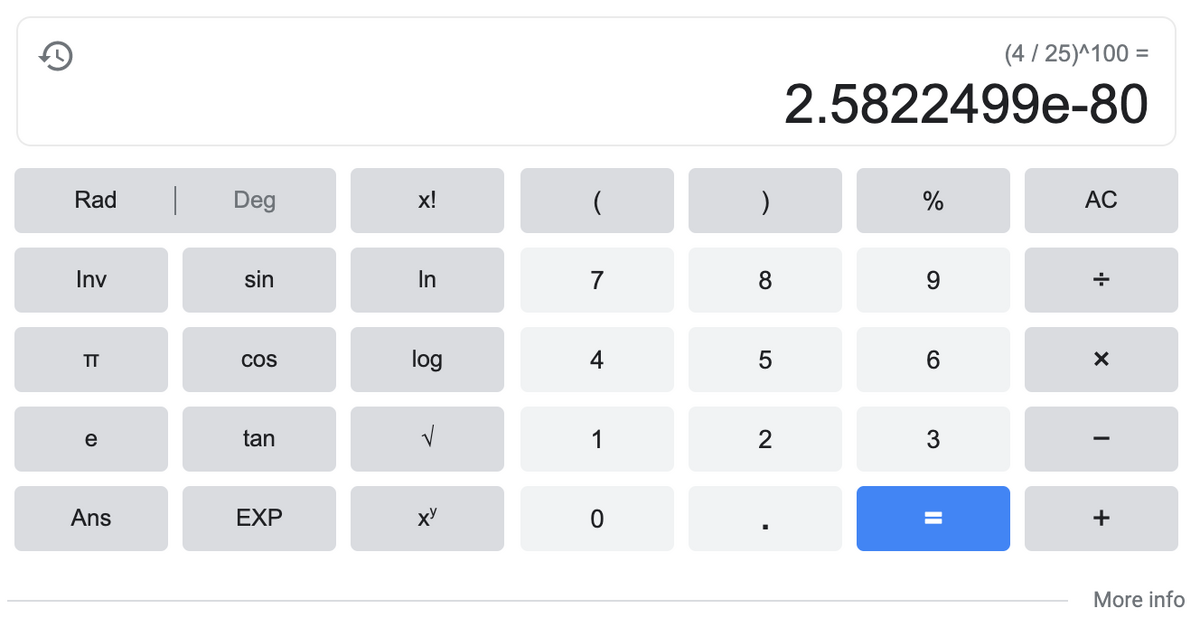