In our last tech dive, we talked about what an API is, the Request-Response API Paradigm and REST/GraphQL.

Let’s say you’re a big fan of Billie Eilish. You’re such a massive fan, that you want to be alerted whenever she publishes a new music video on YouTube! Then, you can go and comment “first!” on the video.

So, you decide to write a script that will send you a text message whenever she publishes a new song on YouTube.

Your script will need to communicate with YouTube’s API to get data on her latest video. But how should you implement this?

Under the Request-Response paradigm, your script will have to constantly poll YouTube server’s with a HTTP GET request, where it gets Billie Eilish’s latest video. If the video was just uploaded, then your script will send you a text.

Remember, you have to comment “first!” within the first 30 seconds of the video being published if you want to have a shot at the first comment. Therefore, your script will have to be sending multiple requests every minute to Google’s servers.

Also, Billie uploads a new video every 2-3 weeks, so the vast majority of your requests will come back as failures.

Doing something like this is called Polling the API. WIth polling, a developer is constantly querying an API endpoint at a predetermined frequency to look for new data.

This is a huge waste of resources. What would be better is if Google’s server could alert your script when the event happens (Billie Eilish uploads a video) instead of you constantly polling Google’s servers.

BTW - YouTube’s API uses WebHooks to implement the functionality that we’re talking about. You can check it out here.

With WebHooks, the client will have an API endpoint, and the server will send an HTTP request to it. The API provider implementing the WebHook will send a POST message to the configured URL when the event happens. 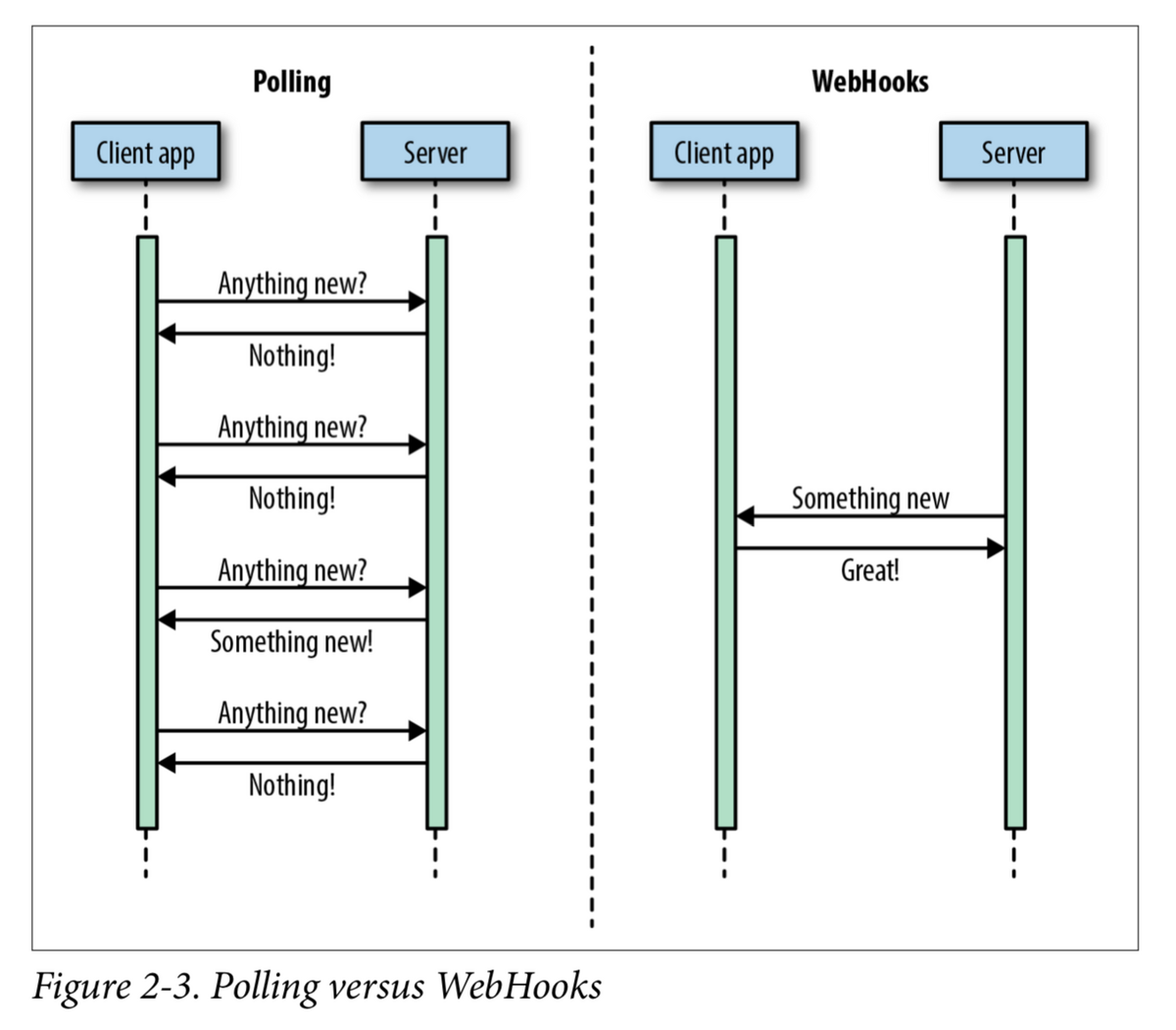 You can configure a WebHook by first setting up your own web server so you can recieve messages.

Then, give the API provider an endpoint and configure what kind of messages you want them to send you. Here’s an example with GitHub’s Webhook. 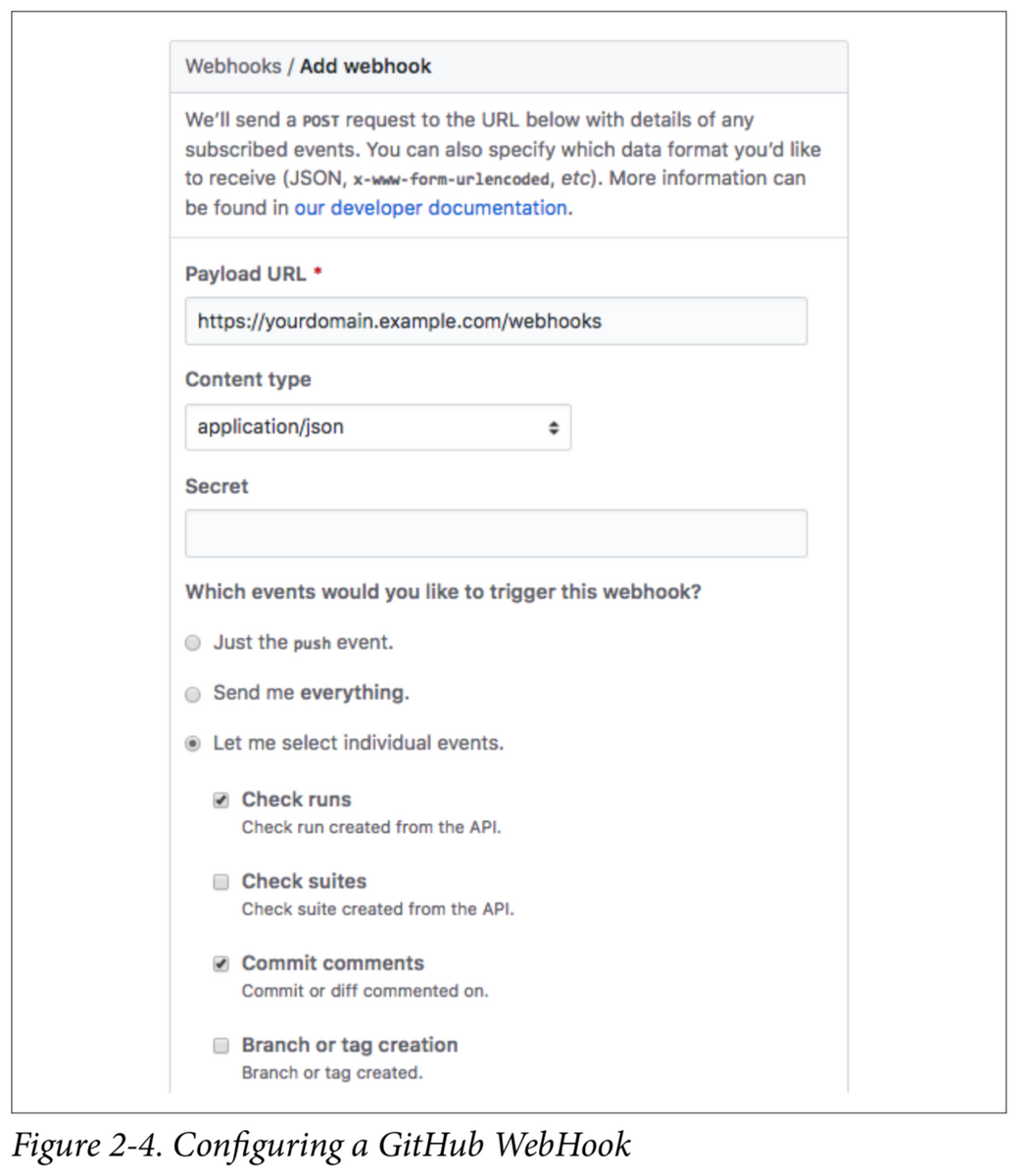 Now, there are some important considerations with WebHooks…

But, what if you don’t want to open up an HTTP endpoint? This is where WebSockets come in…

The WebSocket specification creates an API for the web that mimics “socket” functionality. In other words, it creates a persistent connection between the client and server so both parties can send data over at any time (the connection is full-duplex, so both parties send messages simultaneously if necessary).

Creating a WebSocket connection is quite simple. You’ll just run something like the following on your client…

To send data to the server ( or to the client if you’re the server), you just run

Receiving messages can be done with the event handler onMessage

There are various other event handlers like onOpen so you can run a function once your connection opens or onError so you can handle errors.

Hope you enjoyed this tech dive!

Feel free to reply back with any feedback/comments.