Hope you’re all having a fantastic Thanksgiving!

What is an API?

When developers talk about APIs, they’re mostly referring to Web APIs, APIs that you can use to talk to a web server. The rest of this tech dive will be centered on Web APIs.

When a company builds an API to expose their application, that API can either be an internal or external APIs. The internal/external subset is a useful way to differentiate APIs.

As many companies shift to a Microservices architecture, where your application is divided into a collection of smaller services, the company will have lots of internal APIs that communicate to form the entire application.

An external API is an API that a company exposes for other developers to use.

An example is the Spotify API, that you can use for getting information about songs, music playlists, etc.

However, there are increasingly more and more companies that build developer tools, where the API is the product.

An example for this is Stripe, a company that helps developers integrate payment functionality into their apps (so developers can charge users).

These companies will typically charge you based on the number of times you make a call to the API. In Stripe’s case, however, they charge a payment processing fee (which is typically 2% of the payment and 35 cents).

Once you build an API, it’s difficult to change it. That’s because changing the API will usually break every application that depends on the API, so it’s a great way to piss off all the API’s users.

Request-Response APIs work with a client requesting information from a server through an API endpoint ( a URL). The server will then send back a response with the information the client requested (or with an error). The data is typically sent as JSON.

The most common paradigm for Request-Response APIs is REST (or a RESTful API) but GraphQL has also become very popular recently.

Representational State Transfer is the most popular choice for building a Web API. It was designed by Roy Fielding in his PhD dissertation in 2000.

Here’s an example of how you could interact with it’s REST API. 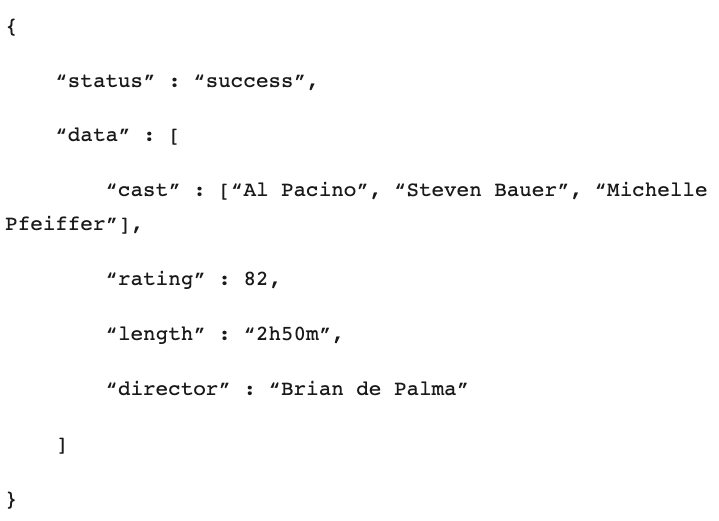 Using this JSON response, we can filter out exactly what we want client-side.

The vast majority of Web APIs are RESTful. However, another paradigm is gaining steam.

GraphQL is the cool new kid on the block in terms of API Design. It was developed internally by Facebook and released in 2015. Since then, it’s been adopted by companies like GitHub, Yelp and Pinterest.

GraphQL is a query language for APIs that lets you define exactly what pieces of data you want the server to send back. There’s only one API endpoint and your request will define the structure of the data you want from the server.

So, going back to our movies web server. Here’s how it might go. 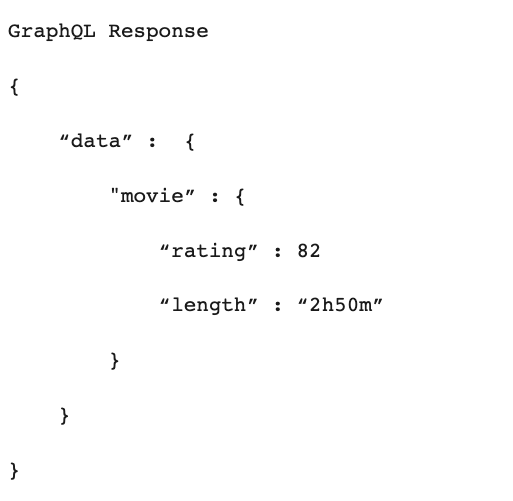 The benefits of GraphQL include

There’s an amazing documentary on the creation of GraphQL that you can check out here. I’d highly recommend watching it if you have a spare 20 minutes.