Microsoft has a big outage with Azure. Google is hiring big in 2021. Fireblocks is a cryptocurrency platform that raised a ton of money. Plus, a solution to our last Facebook interview question.

You can join (for free!) by subscribing here:

Here’s your Tech Snippets and Interview Problem for the Day! Plus, we have a solution to our last Facebook interview question! 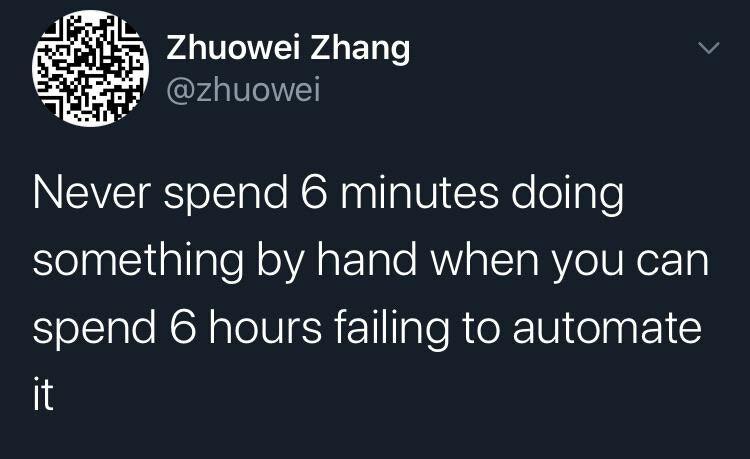 Design a stack (CustomStack) with an increment function.

Your class should implement the following functions

Is it possible to design it so all operations are O(1) time?

Here’s a link to the question on LeetCode

We’ll send a detailed solution in our next email, so make sure you subscribe to Quastor Daily!

You are given an array nums of distinct positive integers.

Return the number of tuples (a, b, c, d) such that

where a, b, c and d are elements of nums and

The naive solution would be to use 4 nested for loops.

We iterate through nums in 4 nested loops with each loop representing a, b, c and d respectively.

This would result in a time complexity of O(n^4).

We can if we make a tradeoff by using more memory in exchange for less time.

We start by splitting up our calculations.

First, we calculate every possible product of a * b.

In our inner for loop, we calculate the possible products for a * b.

We’ll store all of these products in a hash table where the keys of the hash table are the products and the values are how many times each of those products appeared as a result of a * b.

We calculate the value of c * d and then check our hash table for how many times this product appeared.

Then, we can add up how many times the product appeared to a counter that keeps track of this.

However, we must remember to avoid double counting due to the condition that

After tallying up all the counts, we can return the total number of tuples.

You can join (for free!) by subscribing here: