Microsoft hires the creator of Python. Also, DoorDash announces their IPO. This is one of the most highly anticipated IPOs of 2020.

Hope you’re all having a fantastic day.

No tech dive for today unfortunately! Here’s the schedule for future tech dives

Given a matrix with dimensions M x N, return all elements of the Matrix in diagonal order. 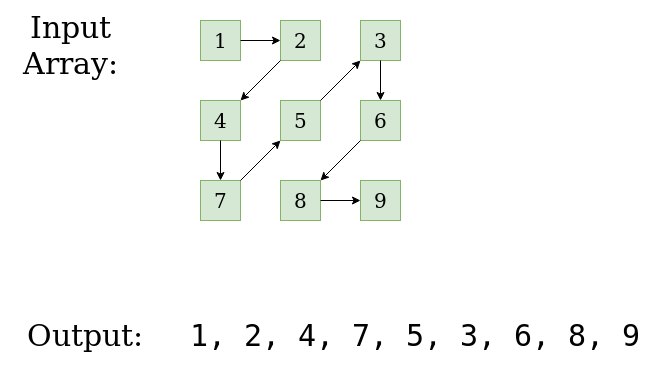 Here’s a link to the question in LeetCode

Microsoft makes a big hire by bringing on Guido van Rossum, the creator of Python. Or, going by his official title, the ex-Benevolent Dictator for Life (BDFL) of Python.

Van Rossum first conceived of Python in the late 1980s as a successor to the ABC Language (a language developed with the intention of teaching and prototyping). Van Rossum began development of Python in December 1989 and was lead developer until July 12th 2018, when he announced his “permanent vacation”.

Previously, Van Rossum worked at Google and Dropbox. Now he’s coming out of retirement to join Microsoft’s Developer Division. He still had to go through an interview process! 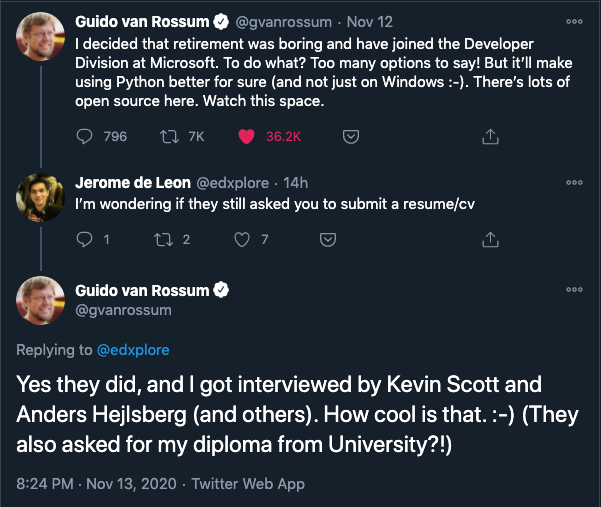 DoorDash files for a IPO

DoorDash is the leading food delivery app in the United States with more than 18 million customers and 1 million Dashers (Delivery workers). The company had 49% of meal delivery sales in September vs. UberEats’ 22% and GrubHub’s 20%.

The company was founded in 2012 by Stanford students Tony Xu, Stanley Tang, Andy Fang and Evan Moore as PaloAltoDelivery.com. The company has raised over $700 million dollars in financing from Y Combinator, Khosla Ventures, Sequoia Capital, Softbank and Kleiner Perkins (among others). The last private valuation was at $16 billion dollars. 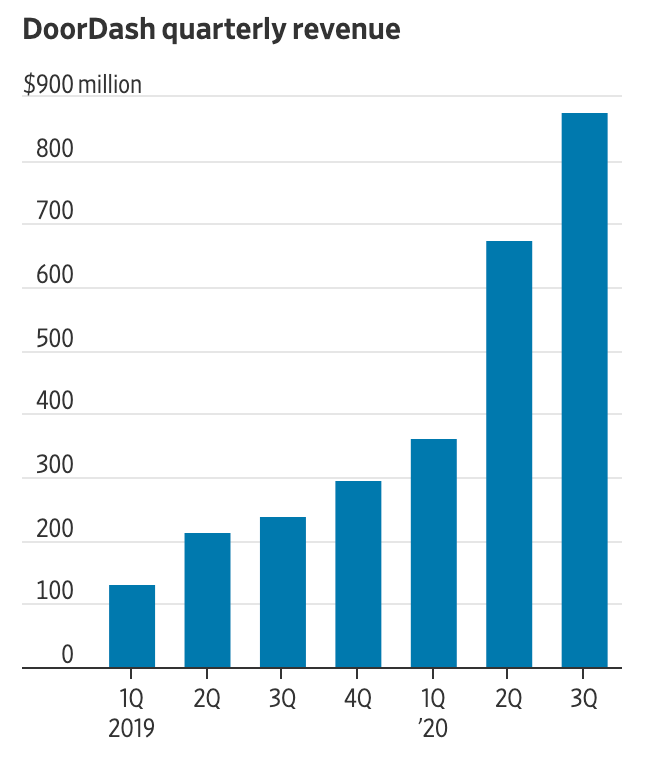 The company is also structuring their stock with different voting shares. This is controversial on Wall Street, as it gives the founders of companies complete control over their companies (a practice that comes from Silicon Valley). Shares will be structured as Class A, Class B and Class C. Class A common stock will grant owners one vote per share. Class B Shares will come with 20 votes per share and Class C come with no votes. Tony Xu will be given the vast majority of the voting power and will have control over the company.