☕ The Future of Quantum Computing

The previous solution is on finding string isomorphisms.

Architecture All Access is a fantastic series by Intel that goes into depth on various topics in computer architecture.

Their past videos were on

Their video on Quantum Computing goes into

Roadmap to become a DeFi developer

Write a function that takes a string num and an integer k.

The function should return the smallest possible integer after removing k digits from num.

You cannot reorder any of the digits! You can only remove them.

You are given a list of strings called words and a string pattern.

Return a list of the strings inside words that match pattern.

This question is a bit of an extension on another common interview question, which is to find if two strings are isomorphic.

An isomorphism is a one-to-one mapping (bijection) between two graphs.

In this question, our “graphs” are represented by character strings.

So, we need to find out if a one-to-one mapping can be formed between two strings.

For an example, let’s look at the strings “abb” and “mee”.

We can form a one-to-one mapping with a maps to m and b maps to e.

How can we calculate if two strings are isomorphic in O(n) time?

If creating the mapping fails at any point, then you return False.

Here’s the Python 3 code implementing this. 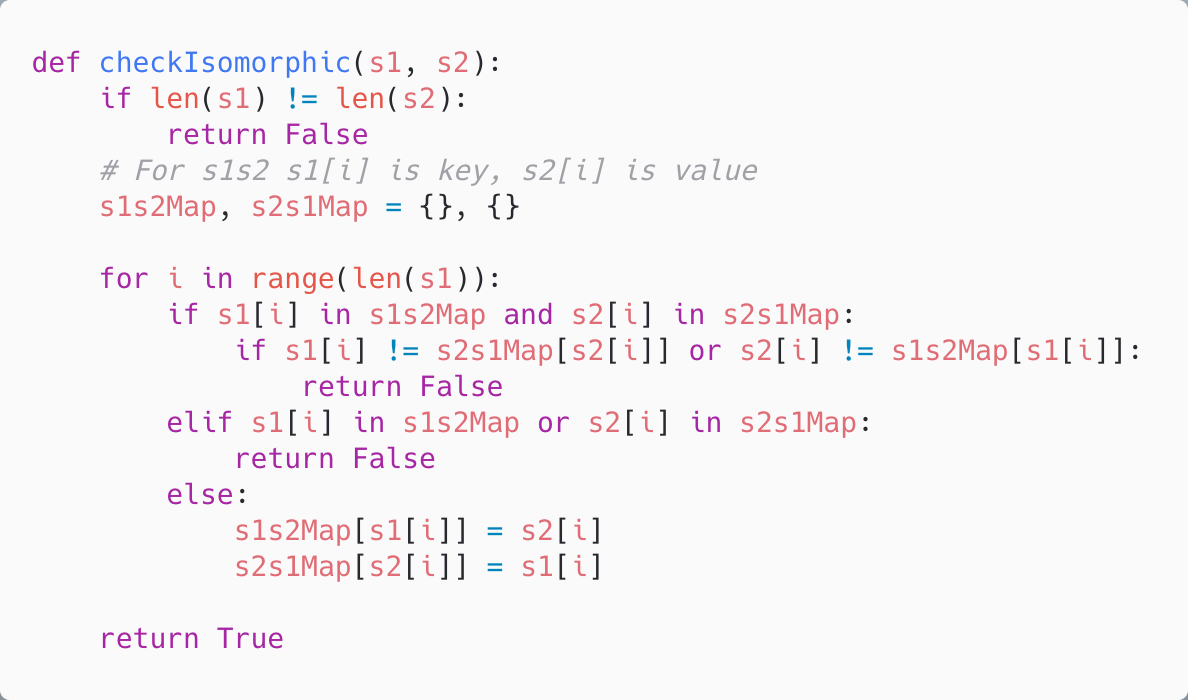 Now, to answer the original question, we can iterate through the string of words and check each word to see if it’s isomorphic with our pattern.

If it is, we add it to an isomorphicWords array and then return that array after the loop terminates. 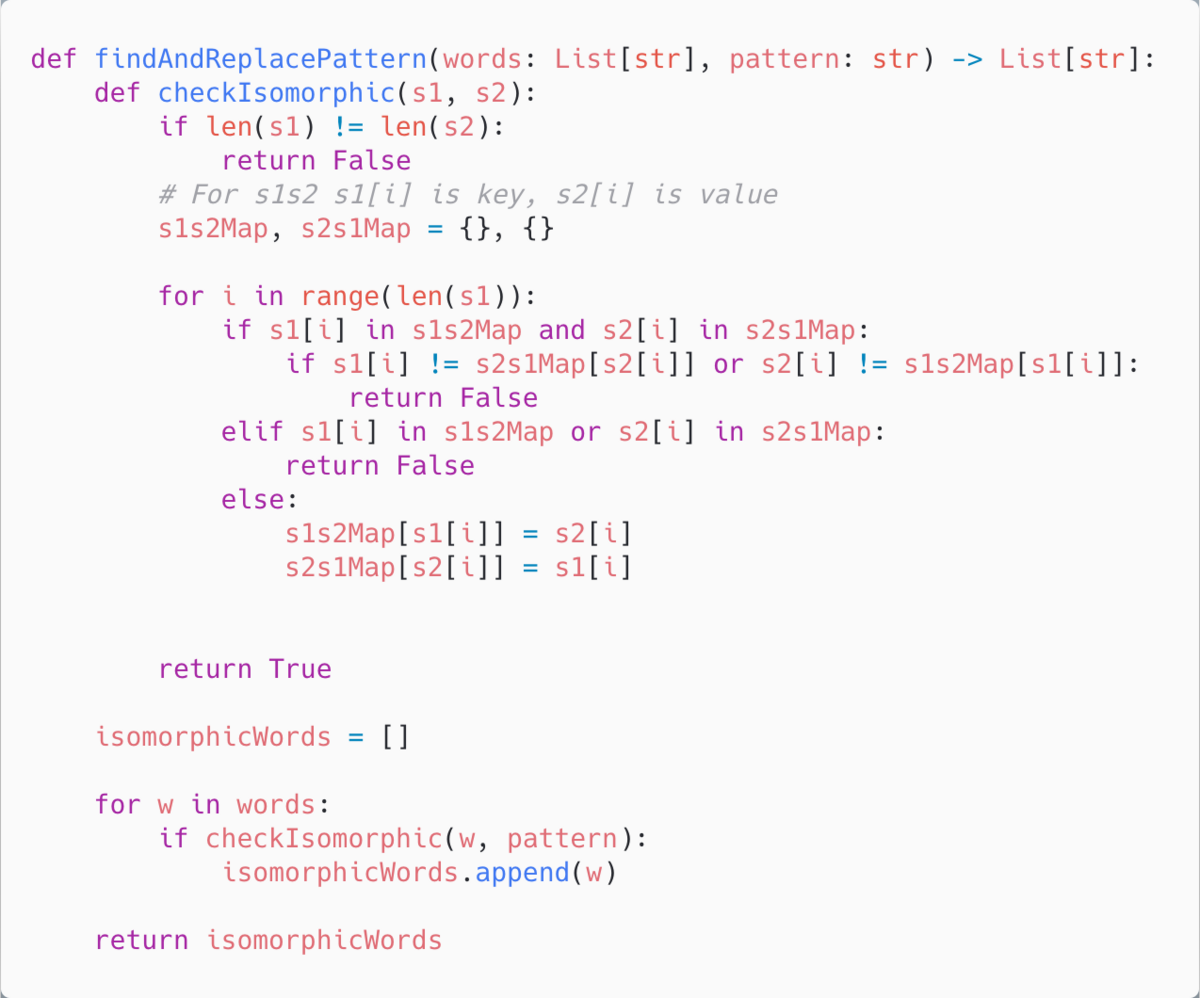