DoorDash's Migration from Python to Kotlin

Why DoorDash migrated from Python to Kotlin

DoorDash is the largest food delivery app in the United States with more than 450 thousand restaurants, 20 million customers and 1 million deliverers.

Matt Anger is a Senior Staff Engineer at DoorDash where he works on the Core Platform and Performance teams.

He published a great blog post (May 2021) on DoorDash’s migration from Python 2 to Kotlin. Here’s a summary.

DoorDash was quickly approaching the limits of what their Django-based monolithic codebase could support.

With their legacy system, the number of nodes that needed to be updated added significant time to releases. Debugging bad deploys with bisection got harder and longer due to the number of commits each deploy had. The monolith was built with Python 2 which was also rapidly entering end-of-life.

Engineers at DoorDash decided to transition from the monolith to a microservices architecture. They also looked for a new tech stack to replace Python 2 and Django.

One of their goals was to only use one language for the backend.

Having one language would let them

First, DoorDash engineers looked at the parts of their tech stack that would not change.

They had a lot of experience with Postgres and Apache Cassandra, so they would continue to use those technologies as data stores.

They would use gRPC for synchronous service-to-service communication, with Apache Kafka as a message queue.

In terms of the programming language, the choices in contention were Kotlin, Java, Go, Rust and Python 3.

Here’s the comparison they did… 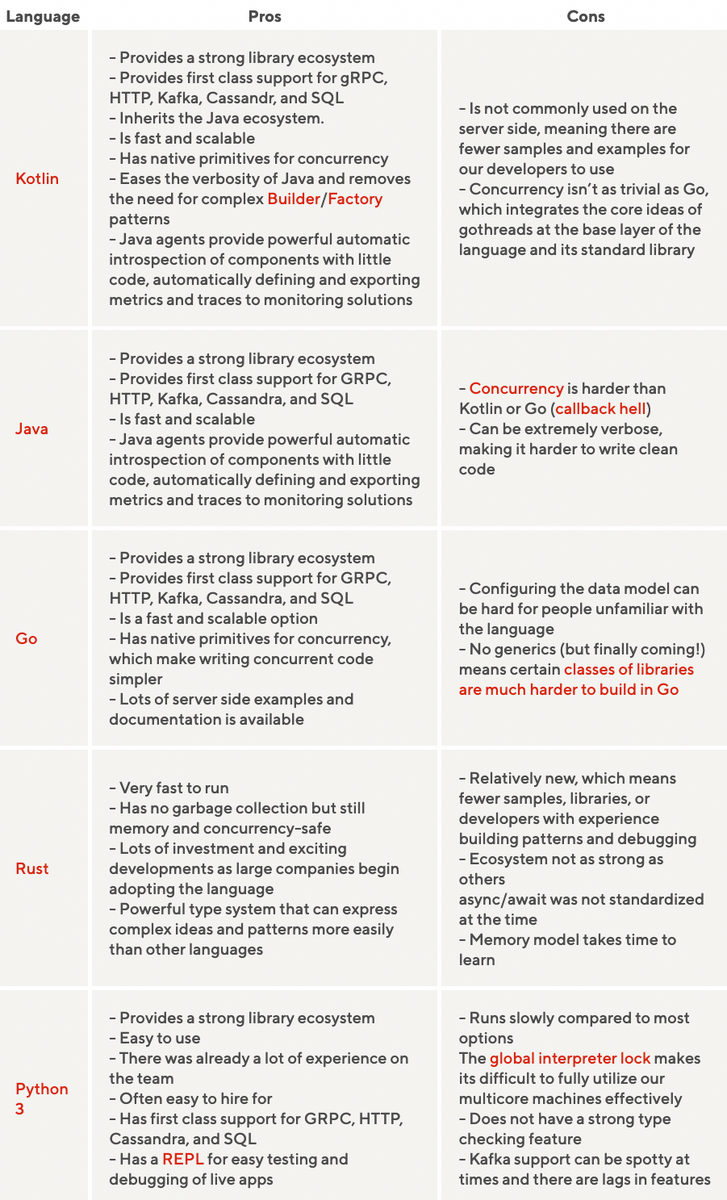 After doing the comparison, they went with Kotlin. They had already done some testing around the language and it worked well.

Kotlin mitigated some of the pain points around Java like Null Safety and Coroutines.

Some of the growing pains they faced with Kotlin were

Someone on Hacker News posted a thread yesterday asking for the best books on managing software complexity, both from an architectural as well as organizational perspective.

These three books were recommended quite a bit:

Other books that were recommended were:

Given two binary trees, write a function that checks if they are the same or not.

Two binary trees are considered the same if they are structurally identical and corresponding nodes have the same values.

The key to solving this question is a stack.

Remember, stacks are Last In, First Out.

So they work perfectly for Reverse Polish Notation.

We iterate through our input array and run an if condition

After iterating through the array, we should be left with only 1 number in our stack. 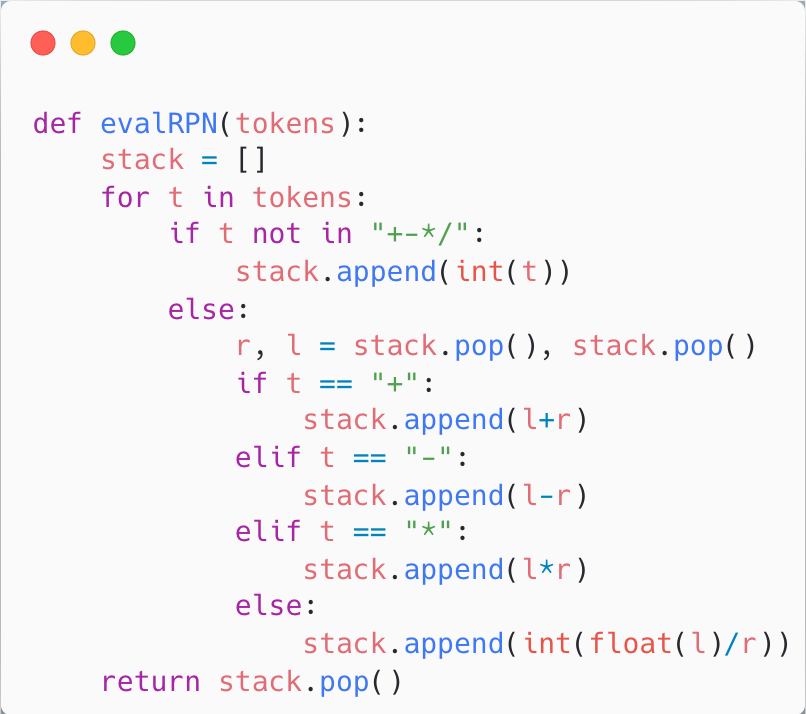