Building a Search Index with Kafka and Elasticsearch

When you’re talking about measuring time, the gold standard is an atomic clock. Atomic clocks have an error of ~1 second in a span of 100 million years.

However, atomic clocks are way too expensive and bulky to put in every computer. Instead, individual computers contain quartz clocks which are far less accurate.

The clock drift differs on the hardware, but it’s an error of ~10 seconds per month.

When you’re dealing with a distributed system with multiple machines, it’s very important that you have some degree of clock synchronization. Having machines that are dozens of seconds apart on time makes it impossible to coordinate.

Clock skew is a measure that tells you the difference between two clocks on different machines at a certain point of time.

The way clock synchronization is done is with a protocol called NTP, Network Time Protocol.

NTP works by having servers that maintain accurate measures of the time. Clients can query those servers and ask for the current time.

The client will take those answers, discard any outliers, and average the rest. It’ll use a variety of statistical techniques to get the most accurate time possible.

This is a great blog post that delves into the clock synchronization algorithm.

Here’s a list of NTP servers that you can query for the current time. It’s likely that your personal computer uses NTP to contact a time server and adjust its own personal clock.

My personal computer uses time.apple.com as its NTP time server. 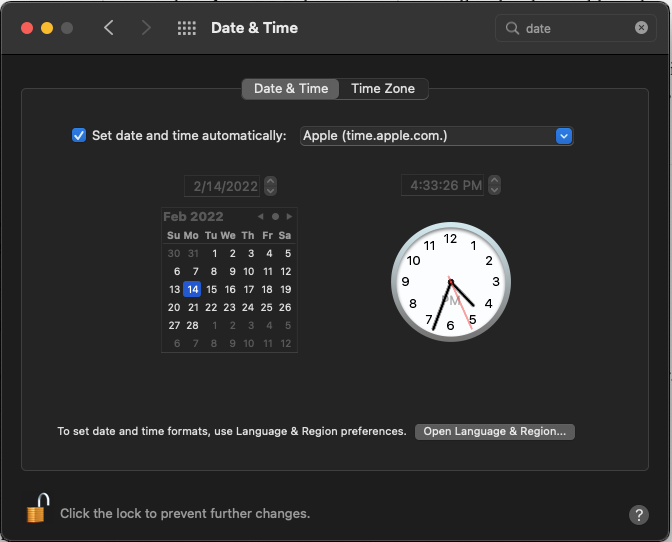 It’s not possible for every computer in the world to directly query an atomic clock since there aren’t enough atomic clocks to satisfy that demand.

Therefore, there are some NTP servers in between your computer and the reference clock.

NTP arranges these servers into strata

And so on until stratum 15. Stratum 16 is used to indicate that a device is unsynchronized.

A computer may query multiple NTP servers, discard any outliers (in case of faults with the servers) and then average the rest.

Computers may also query the same NTP server multiple times over the course of a few minutes and then use statistics to reduce random error due to variations in network latency.

For connections through the public internet, NTP can usually maintain time to within tens of milliseconds (a millisecond is one thousandth of a second).

To learn more about NTP, watch the full lecture by Martin Kleppmann.

DoorDash is the largest food delivery app in the United States with more than 20 million consumers and 450 thousand restaurants.

A critical part of the DoorDash app is the search function. You can search for Scallion Pancakes and the DoorDash app will give you restaurants near you that are open and currently serving that dish.

Solving this problem at scale is quite challenging, as restaurants are constantly changing their menus, store hours, locations, etc.

You need to quickly index all of the store data to provide a great restaurant discovery feature.

Satish, Danial, and Siddharth are software engineers on DoorDash’s Search Platform team, and they wrote a great blog post about how they built a faster indexing system with Apache Kafka, Apache Flink and Elasticsearch.

DoorDash’s legacy indexing system was very slow, unreliable and not extensible. It took a long time for changes in store and item descriptions to be reflected in the search index. It was also very difficult to assess the indexing quality.

There were frequent complaints about mismatches in store details between the search index and the source of truth. These had to be fixed manually.

Engineers solved these problems by building a new search indexing platform with the goals of providing fast and reliable indexing while also improving search performance.

The new platform is built on a data pipeline that uses Apache Kafka as a message queue, Apache Flink for data transformation and Elasticsearch as the search engine.

The components of the architecture are

The changes in data sources are propagated to Flink applications using Kafka. The Flink apps implement business logic to curate the search documents and then write them to Elasticsearch.

Both of these changes need to be reflected in the search index for the best customer experience.

Here’s how DoorDash does it.

Restaurant owners will frequently update their menus and store information. These changes need to be reflected onto the search experience as quickly as possible.

The updates are saved in data stores like Postgres.

DoorDash engineers implemented save hooks in the application to propagate change events to Kafka whenever there is a change on the underlying data store.

After receiving the Kafka events, the Assembler app will make backend calls to gather more information about the change and to create an event which it pushes to Kafka for the ES Sink app to consume.

They tested other solutions like Debezium connector, a Red Hat-developed open source project for capturing row-level changes with Postgres but they found that this strategy had too much overhead and was not performant.

Many properties that are used in the search index are generated by ML models. Things like restaurant scores, auto-generated tags, etc.

These properties are updated in bulk, once a day. The data gets populated into tabs in DoorDash’s data warehouse after a nightly run of the respective ETL jobs.

The CDC patterns described for Human Operator Changes don’t work here because you don’t constantly have changes/updates through the day. Instead, you have one bulk update that happens once a day.

Using the CDC pattern described above would overwhelm the system when making the bulk update due to the size of the update.

Therefore, DoorDash engineers built a custom Flink source function which spreads out the ETL ingestion over a 24 hour interval so that the systems don’t get overwhelmed.

The Flink source function will periodically stream rows from an ETL table to Kafka in batches, where the batch size is chosen to ensure that the downstream systems do not get overwhelmed.

Once the Assembler application publishes data to Kafka, the consumer (ES Sink) will read those messages, transform them according to the specific index schema, and then send them to their appropriate index in Elasticsearch.

It has rate limiting and throttling capabilities out of the box, which are essential for protecting Elasticsearch clusters when the system is under heavy write load.

With the new search indexing platform, updates happen much faster. The time needed to reindex existing stores and items on the platform fell from 1 week to 2 hours.

The reliance on open source tools for the index means a lot of accessible documentation online and engineers with this expertise who can join the DoorDash team in the future.

For information on how DoorDash backfilled the search index (and more!), read the full blog post here.

Given a positive integer n, write a function that computes the number of trailing zeros in n!

Given two binary trees, write a function that checks if they are the same or not.

Two binary trees are considered the same if they are structurally identical and corresponding nodes have the same values.

We can solve this question with recursion.

We’re given two tree nodes and we first check if either of them are null.

Now, we can check if the root node of both trees are the same.

We’ll check the same for the left subtrees.

If the subtrees are equivalent then we can return True.