☕ The Architecture Behind the World's Largest Developer Site...

Stack Overflow was recently acquired, so we’ll be talking about

Today’s interview question is from Google and the previous solution is on building a balanced binary search tree from a sorted array.

In 2008, Joel Spolsky and Jeff Atwood launched Stack Overflow, a website meant for programmer Q&A. It took them 8 weeks to build the first version (MVP) and the growth after they launched was astonishing. Today, Stack Overflow is the 46th most heavily engaged website in the world (according to Alexa web analytics) and the company has expanded into the Stack Exchange network with Q&A sites on economics, art, chemistry, physics and much more.

In terms of how Stack Overflow makes money, they generate revenue from 3 main sources… 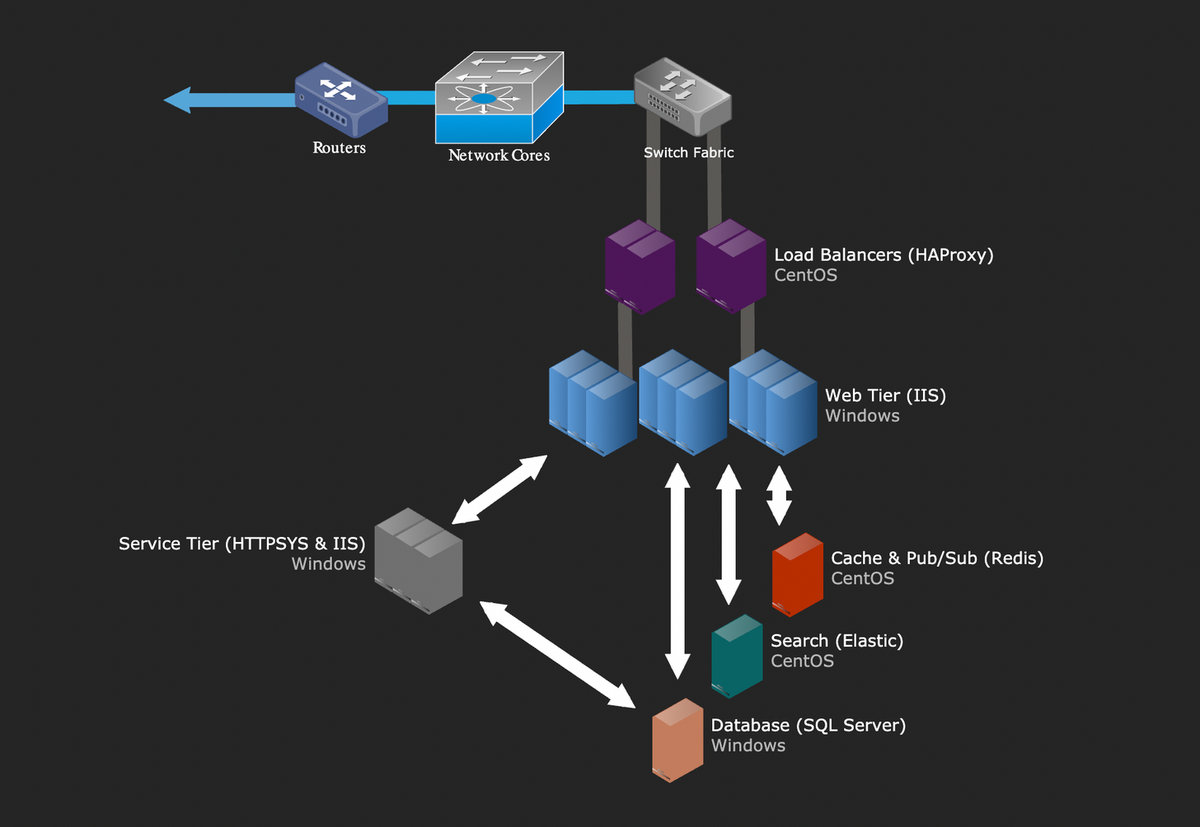 The first component of a web service is DNS (giving the correct ip address for stackoverflow.com).

Stack Overflow uses CloudFlare for DNS hosting because of their extremely low latency (11 ms due to their massive network of data centers).

However, Stack Overflow also has their own DNS servers that serve as a back up.

S.O. then has several ISPs that direct the traffic to their routers. The traffic is then sent through the routers (and switch) to the Load Balancers.

The Load Balancers are running HAProxy on CentOS (an open source Linux distribution that was forked from Red Hat Enterprise Linux).

Their primary applications include Stack Overflow and all the other Stack Exchange sites. The websites meta.stackoverflow.com and meta.stackexchange.com are the meta applications that are run on the 2 other web servers.

When the article was written, Stack Overflow was quite over provisioned with the amount of computing resources they had available. They did this for headroom (for growth) and redundancy.

The Service Tier consists of servers that run internal services to support the production Web Tier.

They handle the tag engine (responsible for managing tags) and the Providence API.

This is used for recommending questions on the home page and better matching users with job postings.

You can read more about the Providence project here.

Stack Overflow has an L1 and L2 caching system.

When a web server gets a cache miss in both L1 and L2, it will fetch the value from source (a database query or API call) and then put the result in both local cache and Redis.

The Redis servers are also used for Pub/Sub (Publish & Subscribe) where one server can publish a message and all other subscribers can receive it.

Stack Overflow uses the Pub/Sub mechanism to clear L1 caches on other servers when one web server does a removal.

The main reasons they picked Elasticsearch over something like SQL full-text search were scalability and pricing. Elastic was cheaper and had more features.

Stack Overflow uses SQL Server as their single source of truth. In 2016, they used 2 SQL Server clusters, where each cluster had 1 master and 2 replicas.

The second SQL Server cluster hosts their Talent/Recruiting site, Chat, their Exception log and every other Stack Exchange Q&A site.

For a more detailed breakdown of the Stack Overflow Architecture, check out the original blog post by Nick Craver!

You’re given a sorted array of integers as input (sorted in ascending order).

Convert the array to a height balanced BST.

When you’re looking to solve a tree related question, your first thought should be around recursion. Is there a way that recursion can help you here?

We want to create a height-balanced BST, so if we start with the first item in the list and create a node, and continue down… we’ll end up with a tree that looks like a linked list. Searching for elements will take O(n).

Instead, we should start with the middle of the list. Then, we have an (approximately) equal number of elements that will go on the right and the left.

We create a new node where the value is equal to the middle node. This will be our root node.

After, we can just return the root.

The base case is if the given list is empty. Then we can just return None.

Since slicing a list takes O(s) time (where s is the length of the slice), we’ll be doing this process by just keeping track of low and high indices. This way, we don’t have to keep taking slices of the list.

You can view the Python code with test cases here.